Licuados and batidos are a daily staple of traditional Mexican and Latin American life. And like many other good things from our motherlands, they have happily found a place in Los Yunaides (Mexican slang for United States). In the U.S., licuados have morphed into smoothies, kind of like burritos became “wraps.” But the essence of smoothies, licuados and batidos, is the same–a delicious, nutritious, refreshing and portable elixir to have as a breakfast, snack or mid-afternoon pick-me-up. 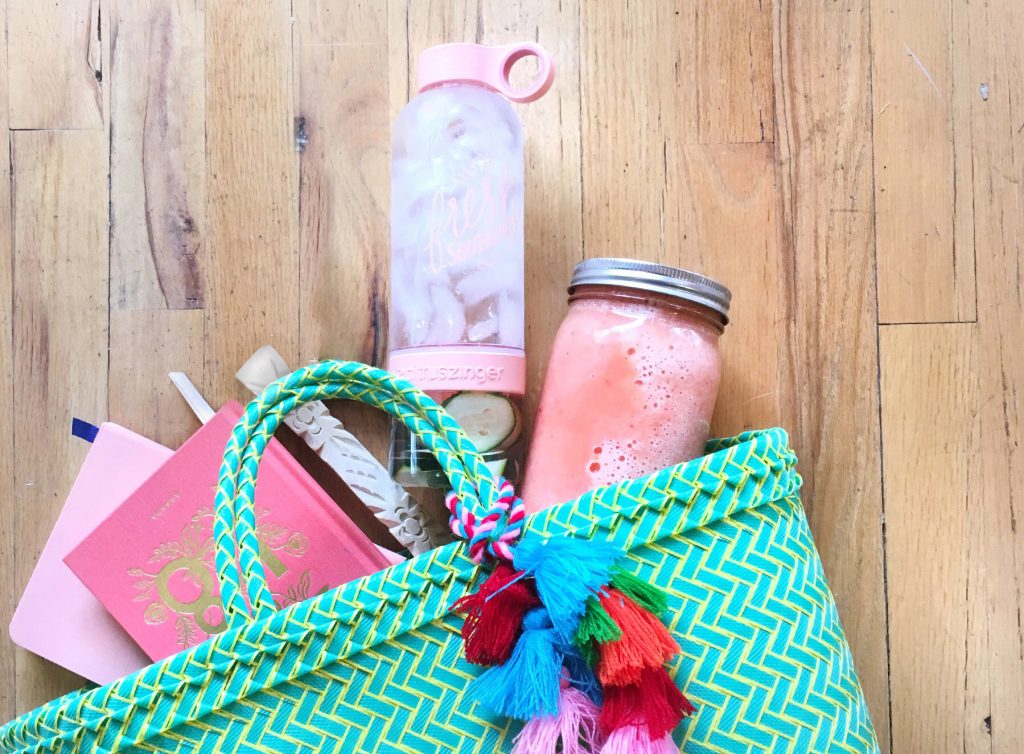 Licuado literally means blended, so anything you blend in a blender is a licuado. No sense in getting uptight about the true definition of a licuado. If you blend it, it’s a licuado.

In Ecuador and other parts of Latin America, these delicious and portable licuados are called batidos, and they are fantastic because of all the amazing and exotic fruits you find in those regions.

Call it what you will. Smoothies are easy and quick to make. At our house, the blender is always on the counter, as is the toaster and the comal. If you are in a hurry, you just throw in some Chocomilk, a banana and some ice into the blender, blast it on high and you are good to go! Get yourself a reusable cup and never say you don’t have time for breakfast.

Keep it simple. You don’t need a fancy blender. If you are into appliances, there are all kinds of cool blenders you can buy, like the NutriBullet. But my advice is: if you have a blender, use it. If you get into the licuado habit, reward yourself and buy a fancy appliance. But to get started, all you need is the humble run-of-the-mill blender.

Traditional licuados are usually made with milk, fruit, ice and sugar. I don’t use sugar because the fruit is usually pretty ripe and tasty, but you can add a pinch of sweetener if you like. Vanilla is good with banana smoothies and a sprinkle of cinnamon is good with almost anything, but especially con chocolate!

Licuados are a great way to use up those ugly, shriveled strawberries that you didn’t eat but you felt bad throwing out. Almost any ugly fruit will do, as long as it’s not spoiled.  The other day, I peeled an old apple, threw in some chopped celery, a small bit of peeled ginger, a little bit of orange juice, a cup of water and ice. I blended it within an inch of its life and it was refreshing, delicious and it didn’t have milk (and I still called it a licuado!)

To make protein rich licuados, by all means use milk, yogurt, soy milk or any alternate milk you like, add some fruit, and presto! You can add protein powder or even nut butters, like almond butter or peanut butter. For breakfast, especially, we recommend powering it up with protein. Protein at every meal is a good rule, been around for a while and still makes good nutritional sense.

You can enrich and fortify your licuados with all kinds of good stuff – even spinach, if you are feeling like Popeye. I picked up a book in the bargain bin at Safeway the other day, The Blender Girl by Tess Masters. She gets truly creative with what she puts in a blender! She should be called The Licuado Girl! She even has a licuado with orange juice, strawberries, bell peppers and cauliflower! Who knew? (I haven’t tried it yet, but it’s on my list.)

The Mexican cookbook that we are drooling over right now is Mexico, The Cookbook by Margarita Carrillo Arronte.  Her honey avocado licuado is similar to the De Las Mías Avocado Mojito Smoothie. I also found Jugo de Vampiro on page 578. Now you tell me what 12 year old boy or girl wouldn’t like a shot of vampire juice?!

Smoothies are a low risk way of getting creative in the kitchen. I bought some plums the other day, and I am not kidding you, comadre, when I took a bite, it bit me back! It was so sour that my mouth still feels somewhat puckered, but did I throw it out? ¡No señorita!  I peeled it, I threw in some old peach juice that I had left over from a can, a few shriveled up strawberries, a pinch of stevia, a cup of water and some ice! I showed that plum a thing or two! I blended it until it cried out, ¡mama! and sprinkled some Tajín on it. It was so good, sweet and sour at the same time (it kind of reminded me of Kool Aid).

My point here is that you can make a licuado or smoothie, with whatever fruit or veggie you have at hand that appeals to your palate.

If you are looking for a healthy habit to add to your day, add a licuado a day! Add some veggies, add some fruit. Channel the Licuado Girl. You’ll love it and your kids will love it too!

Get creative and send us your concoctions! Email info@delasmias.com and we’ll have our nutritionist, Malena, analyze the nutritional content and post it in on De Las Mías and give you proper credit.

You can subscribe here to get our latest updates

Or, sign in with one of your social accounts: